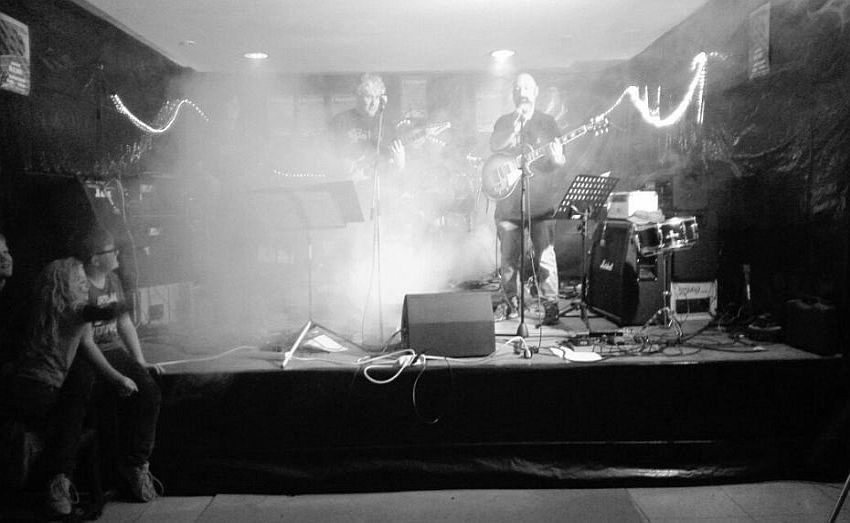 born at the times of flower-power and Apollo 13, raised with german and english pop music, I think I have been lucky to have an uncle who gave me my first record player and a record:

I think that this lead me into the right direction, though I still know a lot of pop songs from the seventies….

The same uncle some years later gave me an acoustic guitar, MY FIRST GUITAR, I think I was about sixteen. Originally I wanted a guitar because it was cool to have one. It was some years later when I figured out that one can use it for making music 😉

My target has always been to be able to sing me some songs in my room an play guitar at the same time. So I teached me the first chords on my own. Am, C, D, F, E, E7…..here goes “house of the rising sun”. Add a “G” and an “A” and suddenly I was able to play hundreds of pop songs….

Then I started playing with friends and on family events. The other day a friend ask me if I would like to join a band. Meanwhile I play in this band for about 20 years now. We call ourselfs “Die Gichties”. You can find more information about the band in the main menu item “Gichties”.

This is the link for Gichties-news